Reliance Jio has shaken the telecom market with its everything free plan and the existing big player of the market had to come out with lucrative offers to retain their slipping customer base. 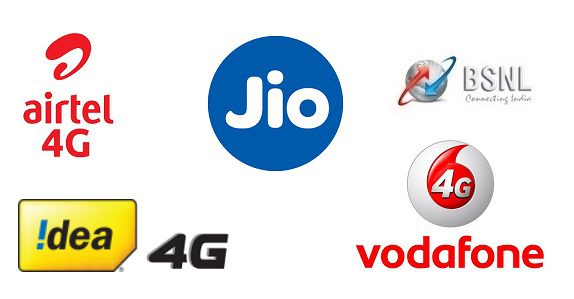 BSNL has also unveiled promotional offer in which it is offering four times data on its existing data STV of Rs 291 so now customer will get 8GB of data in place of earlier 2.2GB.

Earlier to this offer, Airtel has started offering, to retain its existing customers as well as to lure new customers, total 4GB data in addition to unlimited free local and STD calls on any network in India in its data pack of Rs 345.

Idea Cellular has also started offering 10GB of 3G/4G data for just Rs. 256 to some select customers and 5GB of data for Rs 154 both are having 28 days validity.

Indian customers never got such offer ever before and this is due to data war among Indian telecom giants due to Jio. Many more lucrative offers are on the way….