AT&T also launches Unlimited Plan for all for $100

AT&T also launches Unlimited Plan for all for 0

in the competition among major carriers with its new unlimited plan which includes unlimited talk, text and data. The catch here in data usage is almost same as other carriers, the download speed will get slowed after consumption of 22GB of data.

The pricing of AT&T’s unlimited are not as much attractive as others have, specially Sprint. AT&T offers Unlimited plan for first line for $ 100/month.

You can see in below screenshot which shows both prices as published in their advertisement and including with estimated taxes and fees. 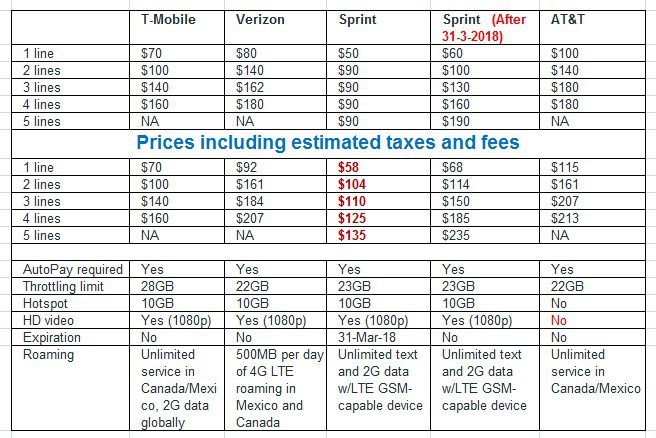 It is clear from the table, Sprint is the cheapest option for new customers.